The sense of smell is certainly the one that from a scientific standpoint we know less about. On the other hand, although smells have to do with invisible molecules floating in the air, often at ridiculously low concentrations, they tend to affect our life quite significantly. Think about body odors: for a long time mankind has been obsessed with perfumes and more recently, with deodorants and anti-perspirants. In spite of a vast pervasiveness in people’s habits and the enormous commercial interests for odor-covering substances, one apparently simple yet mysterious question remains: why do armpits smell? The answer to this question will reveal the big lie the deodorant lobby has been trying to hide from you for decades. Let’s get to it.

“You are not perfect”

This is the message most lobbies try to convey to us. It’s the only way they have to sell their stuff to us effectively. If we were perfect, why would we need deodorant to keep our body odor under control? 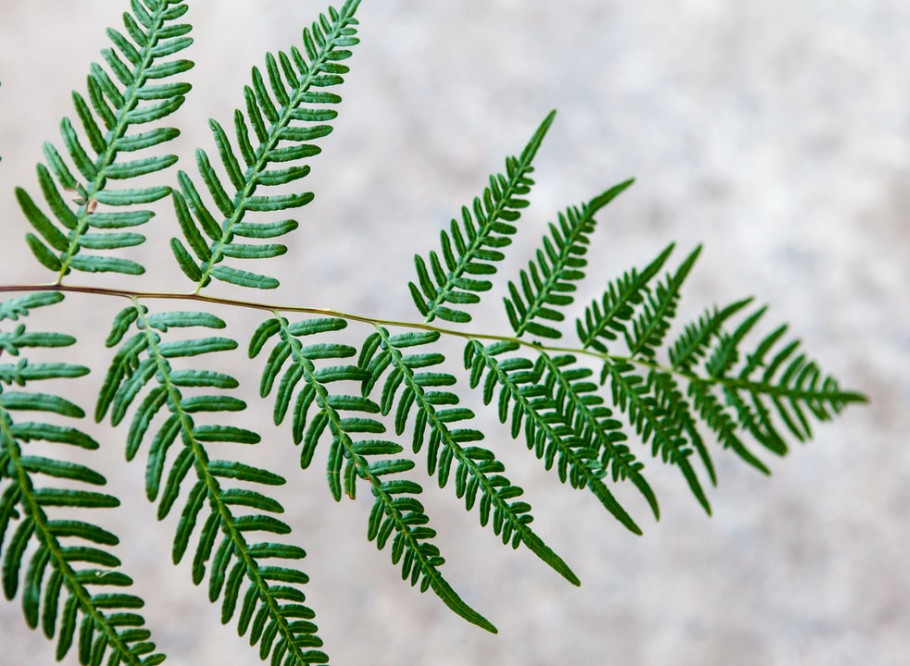 Here is what usually happens: at some point during adolescence, either you or your parents decide that it’s time for you to wear deodorant. That’s how the daily routine of applying deodorant under your armpits begins. As time goes by, you realize that whenever you don’t wear deodorant, you smell bad: 1+1 = “It’s obvious that I naturally smell bad, therefore I NEED to wear deodorant”. This is how the sense of necessity gets rooted in yourself. This is also how a $20 billion-industry keeps thriving. 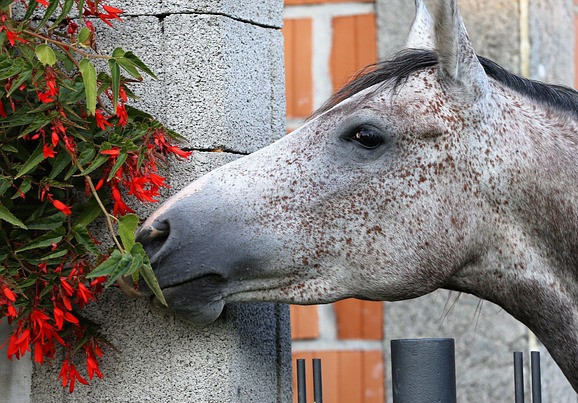 You’re not directly responsible for your good or bad smell

In case you didn’t know, a large portion of the odorant molecules that gives you your characteristic odor comes from bacteria. Your skin is covered with bacteria that in normal conditions are completely harmless and actually play a fundamental role in keeping you healthy. Depending on which part of your body you look at, you will find different concentrations and different species of bacteria. Armpits are especially appealing to bacteria because they are warm and humid, if not wet. Warmth and humidity are exactly what bacteria love.
Perhaps learning about this has just triggered the following reactions in you: 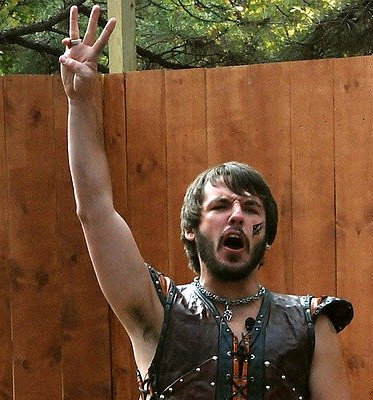 1) Let me kill all those stink-generating bacteria!
2) Let me find a way to sweat as little as possible in order to prevent bacteria from thriving!

That’s also what chemists and biologists thought about when they started formulating deodorants and anti-perspirants. Here is what they came up with:

How to reduce sweating?
Easy: just use anti-perspirant compounds: aluminum/zirconium chlorohydrate or methenamine!

Are we sure this is the right way to deal with armpits? Don’t you feel like all these weird compounds shouldn’t even come in contact with your skin? Well, yes, you are right. Most of these compounds are classified as irritant substances. Moreover, triclosan, parabens and the common anti-perspirants are supected carcinogens, xeno-estrogens (meaning that they mimic the activity of sex hormones), suspected Alzheimer-causing compounds (especially the aluminum-contaning ones) and are also quite deleterious to the environment (they tend to bio-accumulate). You will find a lot of controversy about the risks associated to these compounds (simply because not enough research is being done… Deodorant lobbies wouldn’t like it). But do you really want to wait for the scientific community to provide some scientific evidence before stopping using products containing these substances? The decision is up to you.
For now, let’s focus on why deodorants and anti-perspirants, besides being potentially harmful, are simply wreaking havoc in the perfectly balanced ecosystem of your armpits.

Why using deodorants and anti-perspirants is not a good approach 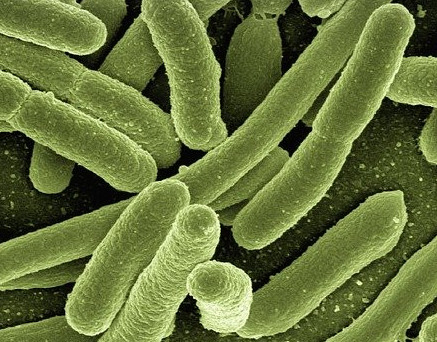 If we were a house infested with cockroaches, this methods would make sense but armpits can’t be compared to an infested house and our skin bacteria shouldn’t be considered as disgusting and annoying as cockroaches. Dumping chemicals under your armpit to wipe out bacteria and stop natural sweating 1) doesn’t sound right and 2) is both ineffective and harmful.
You might not be one of them but most people can’t live without deodorant, not just for a psychological reason but especially because discontinuing its use would inevitably cause smelly armpits with all the social consequences you can imagine. As I said before, most of the odorants produced under the armpits are due to bacteria. Interestingly, bacterial population mostly consists of just two species: the Staphylococcus, which don’t cause much in the way of odor, and the “bad” kind, called Corynebacterium, which do, converting fats and amino acids present in our sweat into molecules with a particular pungent odor. In 2013 a pioneering study found that the use of both deodorants and anti-perspirants cause a significant change in the relative abundance of these two species. As the author himself, Dr. Callewaert, puts it: [after using these products]… “The bacterial density goes down, leading to less malodour, but you are left with a high diversity, and more stress-resistant bacteria, and as such also malodorous bacteria. The bacteria that come back can create a more unpleasant smell. With daily use and in the long run, this is not favorable.” 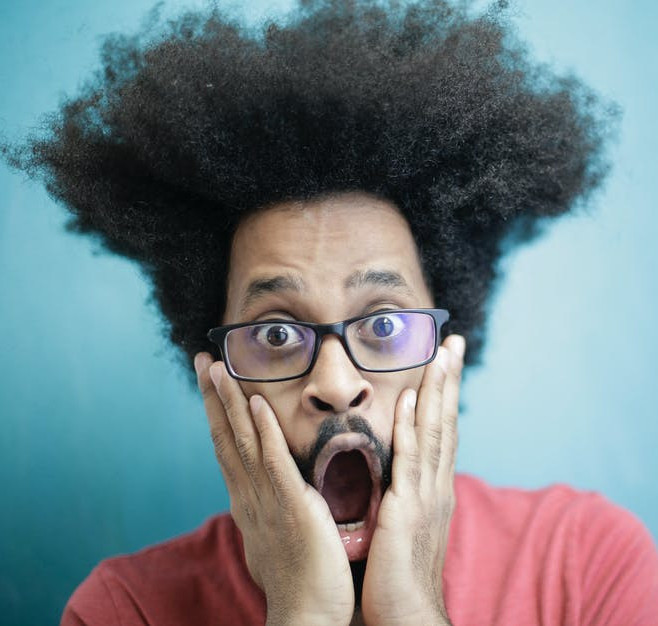 Dr. Callewaert also shared some insights into what he refers to as armpit bacteria transplant. It might sound funny and gross but what he discovered is that by rubbing the sweat taken from the armpits of someone with no smell issues onto the armpits of another person with serious smell issues caused by prolonged deodorant use, you end up both transplanting the bacteria populations and getting rid of bad smell.
One of the many shocking things that these discoveries imply is that if you are a regular deodorants/anti-perspirants user, you might have never smelled your true odor!
Given that these products shift the bacterial population towards the “bad” kind, it’s very likely that for years and years you have been living with unnaturally high levels of this species and even worse you’ve been blaming yourself for smelling bad when in reality, the main culprit might be the very same stuff you’ve been using to curb bad smell. Most likely just by stop using deodorants and anti-perspirants and following the tips below, you’ll be able to restore your true self.

Genetics and lifestyle matter too 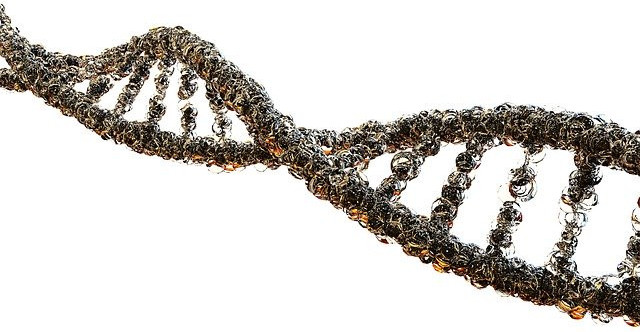 The molecular composition of sweat is in part due to your genes. The most striking demonstration of this concerns the discovery of a specific gene called ABCC11 that turned out to be crucial for the production of proteins that are converted into smelly compounds by the action of the “bad” bacterial species mentioned earlier. During the course of evolution, this gene underwent small but important modifications among Asian people that have caused the gene itself to completely lose its function. 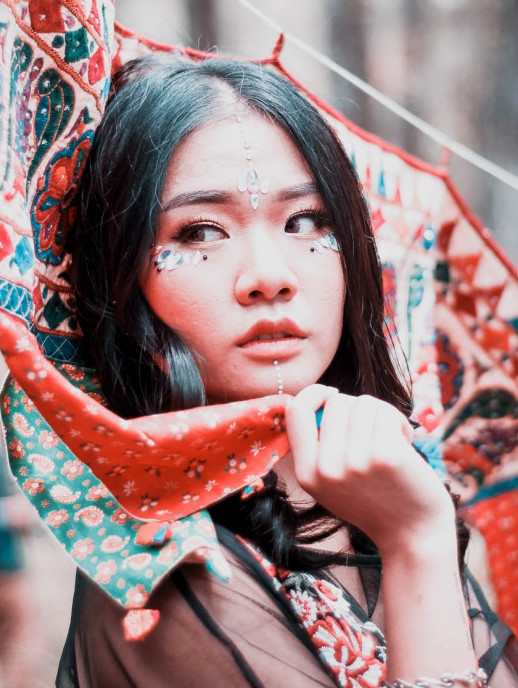 As a result, the armpit bacteria of Asians, no matter which population is more abundant, are unable to produce those smelly molecules that non-Asians are more familiar with. A very interesting implication of this genetic difference concerns the fact that 1) only 10% of Chinese use deodorant, 2) many of them don’t even know what it is and 3) several large deodorant multinational companies have been trying for years to break into the Chinese market, unsuccessfully (check out this New York Times article).

Other reasons that can significantly contribute to bad odors are medical conditions (have you noticed that during flu your body odor changes?), drugs/antibiotics (some of them can be broken down into molecules that armpit bacteria can metabolize), and also stressful situations or lifestyle. Basically, your body odor acts as an indicator of the health conditions and it certainly shouldn’t be overlooked.

I can imagine that for most people being able to stop using such products sounds like an impossible task but if you spend just a little bit of time experimenting with your own body, you’ll see that all the things I said so far will make perfect sense. Try to imagine how wonderful and liberating it would be not having to always rely on deodorants to feel comfortable with yourself. In order to make your life easier, here are some useful tips that I recommend you follow very carefully:

1) Stop using any kind of deodorant or anti-perspirant: remember that bacteria might take from a few hours to a few days to find their “natural” equilibrium. Therefore, be patient. It’ll be totally worth it
2) Wash your armpits with regular soap or body wash, just once (!!). Be careful of the next step…
3) At least during this initial phase, use only water to wash your armpits whenever you take a shower or wash yourself: soaps are particularly effective at wiping out a large percentage of good and bad bacteria alike. By using water, you will remove sweat and bad odors without bothering the bacterial populations that now need to re-establish themselves
4) Be curious. Use your nose to “keep track” of how and if your body odor evolves during the day and as the days go by. Start to familiarize with your true odor
5) Wear clean clothes. Bacteria thrive on most fabrics contributing to undesired odors (polyester is particularly appreciated by bacteria!) and upon prolonged contact of the skin with fabric, they can easily rejoin motherland making the situation even worse
6) Stay hydrated and eat as well as possible: your smell can be affected by what you eat and drink because digestion byproducts can end up in your sweat and be converted by bacteria into more or less smelly compounds.
7) Stay active. Exercising and letting your sweat glands work the way they are supposed to without aluminum or other nasty compounds bothering them is always a good idea. Just remember what I mentioned in tip #3
8) After a few days without deodorant, anti-perspirant and soap, your armpits should find a natural balance.
At this point you can also decide whether to 1) keep your armpits totally free or 2) opt for products that don’t contain any of the ingredients mentioned earlier but can still do a great job at keeping body odor at bay.
Here is the selection of natural deodorants/anti-perspirants tested by the Wise in Motion team:

In conclusion, the strategy deodorant companies have been using to help you keep your body odor under control underlies how much we humans tend to underestimate the complexity (and the beauty) of our organism. Dumping chemicals under your armpit to wipe out bacteria and stop natural sweating is both ineffective and harmful.
The tips I proposed here to make a change in your life might not work for everyone but what matters the most is that you give it a try. My goal is to encourage people to take their well-being in their own hands, rather than handing over fortunes for solutions that don’t work and risk putting your health at risk.
As silly as it sounds, your armpits could be the first place where this journey of self-discovery begins.

Some links may be affiliate links. Wise In Motion may receive a small commission after you click one of them with absolutely no additional costs for you